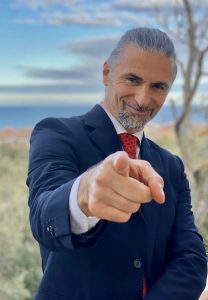 Founder of the holistic BodyFly® discipline

Creator of the Flyboard® proprioceptive tool subject to patent n.0001420431;

National CONI trainer for the Holistic Fitness Area and BodyFly;

Ambassador for the Bullying and Doping Observatory

The trauma suffered in the road accident in 1997 was the starting point for the realization of the holistic discipline “BodyFly”,project based on health and emotional psycho-physical well-being.

In 1999, he combines the foundations of Traditional Chinese Medicine with European therapeutic techniques, definitively realizing the BodyFly® discipline.

Since the early 2000s, he has been invited to participate in the best Fitness conventions in Italy and abroad.

He graduated in Economics.

From 2003 to 2006 he worked as a consultant and, later as a testimonial and trainer, with the Air Machine company – currently absorbed by Panatta Sport – for the construction of the “Kiklos”, the first training circuit with pneumatic resistance isotonic machines.

In 2005 and 2006, Gennaro experiments with BodyFly with large obese people, at the specialized clinic “SPA Deus” of Cristina Newbourg in Chiangiano Terme.

In the years 2005 and 2006 he advised the TOP Global Posturology Medical Center of San Giovanni in Persiceto (BO).

In 2008 Gennaro officially presented, in collaboration with the EAA – European Aquatic Association, the BodyFly AQUATIC project which was a success far beyond expectations, so as to be confirmed also in the years 2009 and 2010.

In the summer of 2009, the meeting with the master Lino Miele brought him for the first time to the practice of Ashtanga Yoga, an illuminating meeting to fully understand the differences between the thousand-year discipline and BodyFly.

During the same period, the Pranic Healing practice of the Chinese-Philippine Master Choa Kok Sui begins.

In September 2009, Gennaro showed the benefits of BodyFly to actors and characters of the international star system at the Venice International Cinema.

Since October 2009, Gennaro has been presenting BodyFly integrated with beauty treatments with great success by participating as a speaker at the International Congresses of Applied Aesthetics, signed Les Nouvelles Esthetiquesin Italy and France.

The teaching role conferred by CIDESCO INTERNATIONALsees him protagonist in numerous international conferences on Aesthetics and Wellness.

The degree in Economics, corporate culture and the path of personal and professional growth shared with experts in the sector, have contributed to the creation of the innovative format called “Healthy Manager in Healthy Body“ presented among the many also to Telecom Italia’s Top Managers, Acqua Norda / Gaudianello, Opel Italy.

The success was so concrete as to entice Gennaro to write the book of the same name. 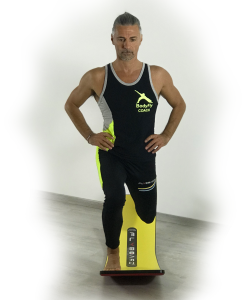 With its team, He realizes many TOURS to involve customers and companies in the three application sectors: Fitness / Wellness / Business: lastly, the IN-COMPANY Wellness Tour to optimize, among other things, productivity through conscious physical exercise.

Since 2012, Rimini Wellness has created and manages the holistic wellness area, BodyFly ZONE, in which over 6000 followers from all over the world participate to share with Gennaro and his team a moment of indelible emotional psycho-body experience.

During the lockdown, to maintain contact with the followers, together with Alessandro de Filippo who takes care of the direction, he creates the live transmission “Thursdays of Wellness by Dr. Setola” attended by experts of wellness of the body, mind, social and economic.